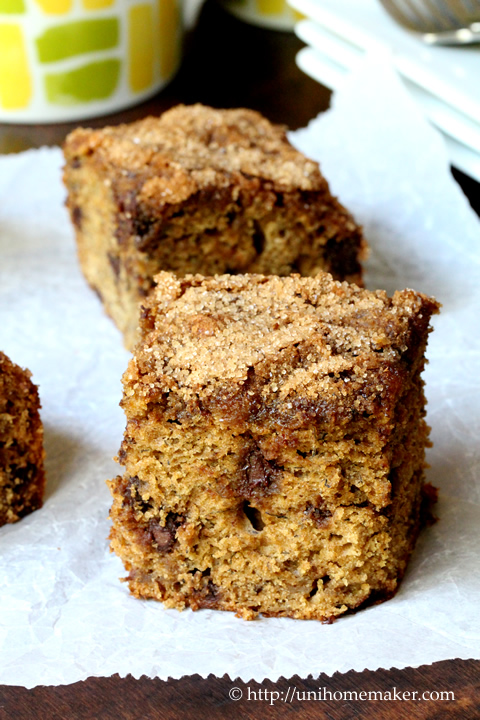 I came across Laurie’s recipe for a Banana Snack Cake over at A Taste of Morning.  I knew I wanted to make this cake the second I had overly brown bananas.  I’m always looking for new ways to bake with bananas and I have to say, I think this maybe a new favorite! 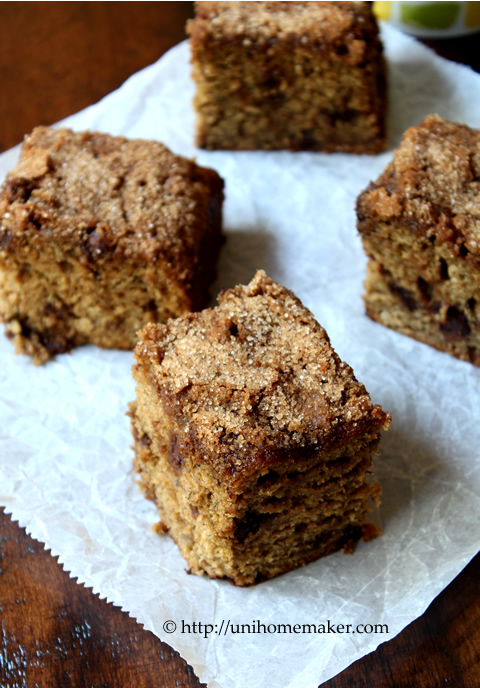 I had baked some banana cinnamon muffins a while back before I started this blog.  Have you ever had banana and cinnamon together? They’re a fantastic combination! Who knew? And banana and chocolate is a fabulous combination, why not throw cinnamon into the mix? The best part is the cinnamon sugar topping! And you can see it too.  It has a lovely crunchy texture combined with the soft cake.  I know I’ll be baking more of these tasty cakes sooner than later.  Happy Thursday! 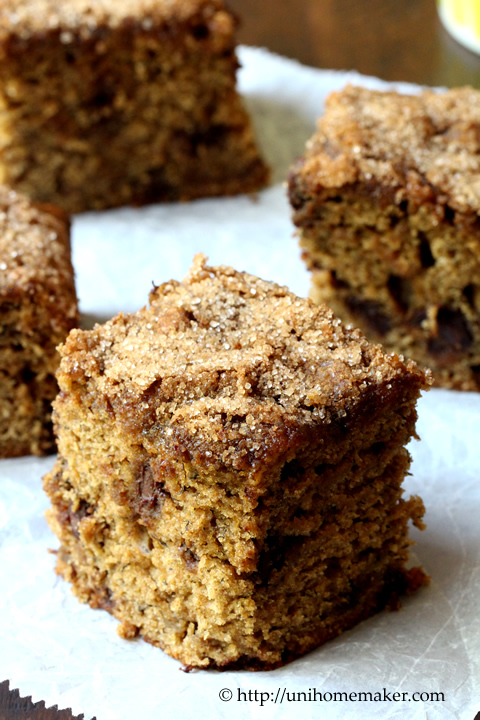 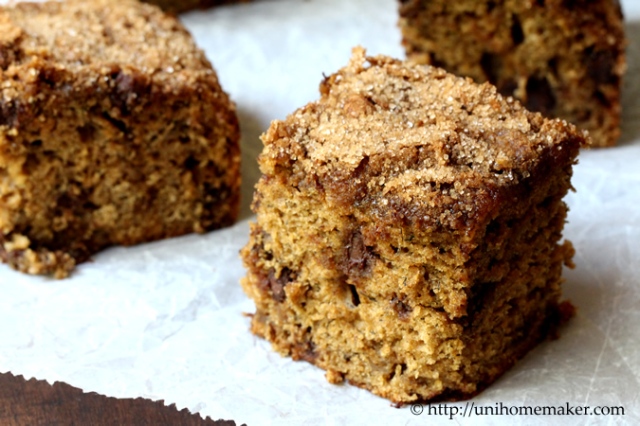 Using a stand or electric mixer (or mix by hand) mix together flour, ground cinnamon, baking soda, baking powder and salt; set aside.

For the topping: In a small bowl combine granulated sugar and ground cinnamon.  Mix the two with your fingertips and set aside.  Pour batter into the prepared pan.  Level batter using the back of a spatula then sprinkle cinnamon sugar on top.

Bake for 40-45 minutes or until toothpick/tester inserted into the center comes out clean.  Let the cake cool completely before cutting into the pan. 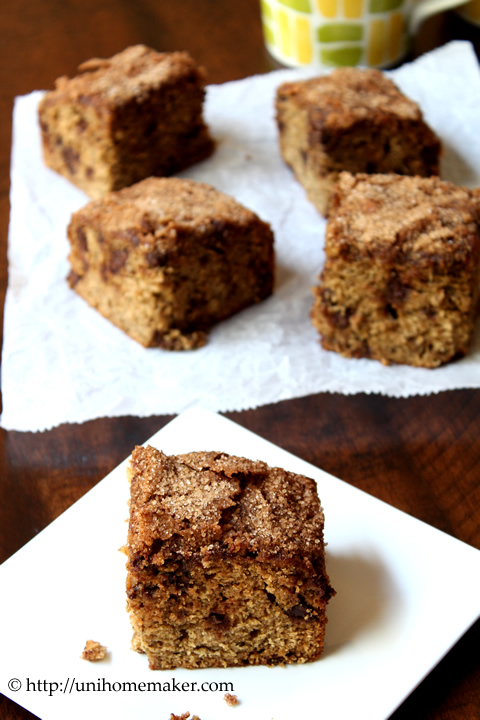 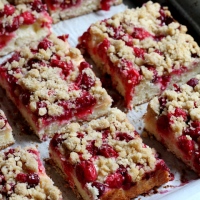 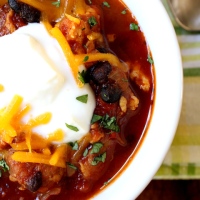 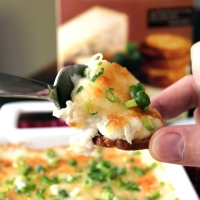 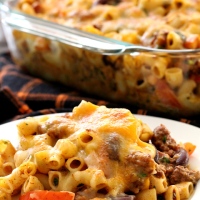 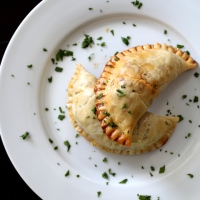 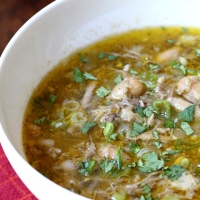 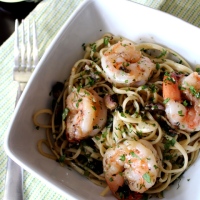 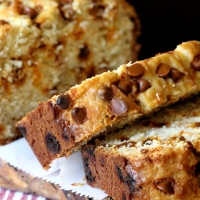 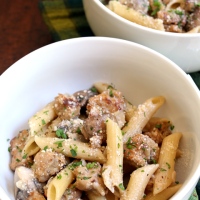